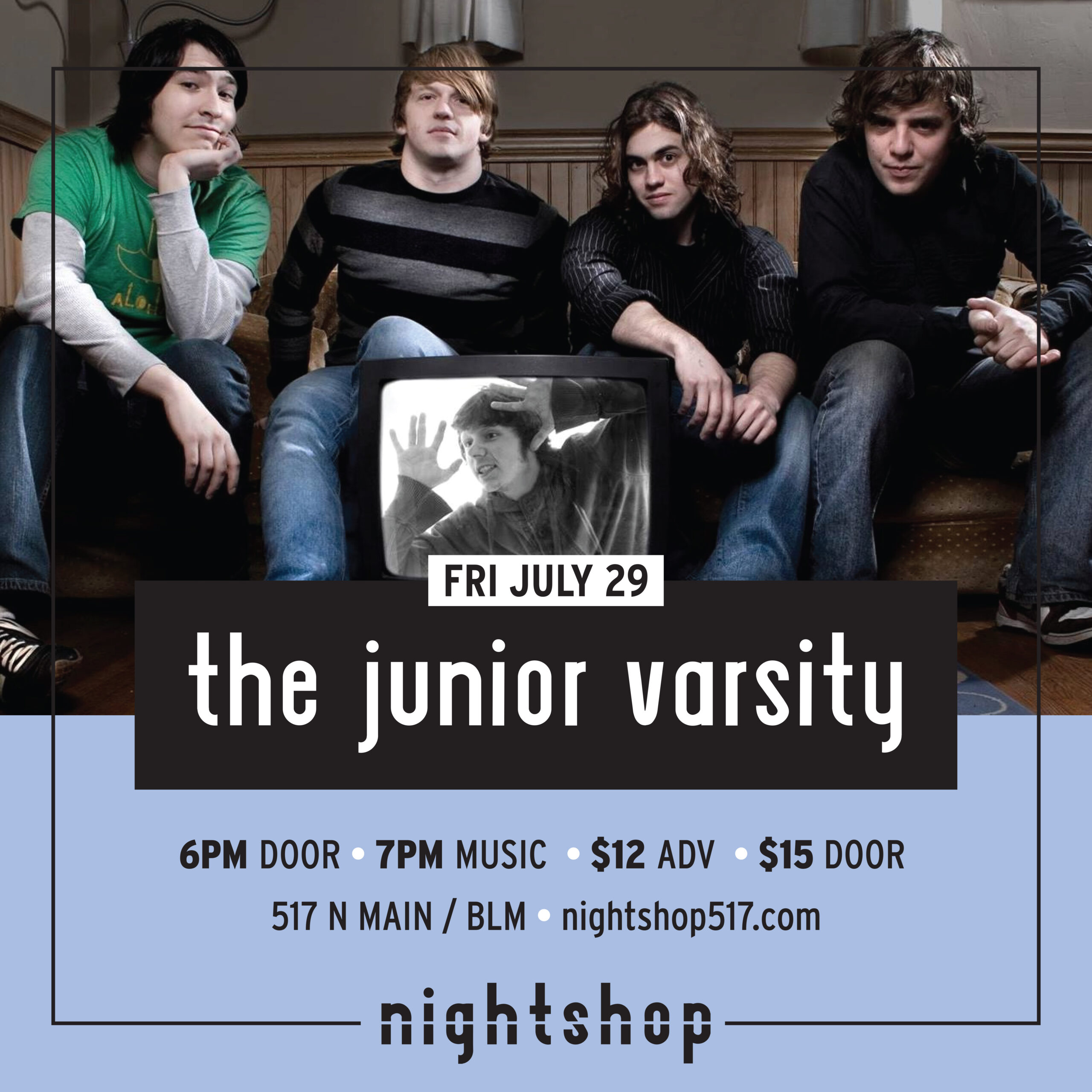 We are absolutely honored to host this Reunion Show! THE JUNIOR VARSITY are revving back to play a couple of Shows in late July, and one of them is at nightshop! They’ll be rocking the hell out of our Patio, along with MODERN DRUGS and FREE RANGE YOUTH! Tickets are on sale NOW! This WILL Sell Out! Don’t miss out! 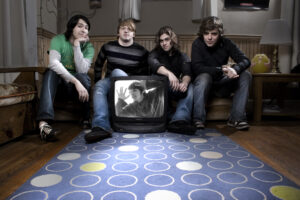 “Midwest Emo Rockers The Junior Varsity are back! Formed in the summer of 2002, TJV soon hit the road non-stop before ultimately signing with Chicago-based Victory Records in 2004 (Taking Back Sunday, Hawthorne Heights, Thursday, A Day to Remember). They even had their music video for “The Sky!” animated by the producers of Adult Swim’s “Robot Chicken.” Before calling it quits in 2007, TJV had played over 600 concerts while touring with groups like Panic! At the Disco, Piebald, Hot Rod Circuit, Bayside, and The Academy Is…, as well as selling over 40,000 albums internationally. But just like sleeping cicadas waiting for their opportunity to swarm the masses, TJV tends to reunite on a loose cycle since disbanding in 2007…

The last time TJV appeared in Blono, it was at the Castle Theatre. Let’s make sure to pack this late July Show! 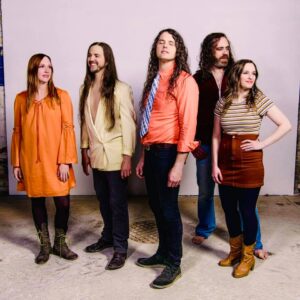 Featuring familiar faces, Modern Drugs is an awesome new band from Champaign, rising up from the mighty Elsinore! We’re eager to bring them to our stage once again! 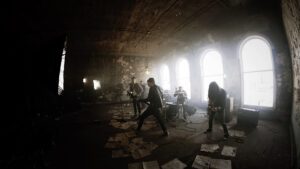 “Free Range Youth is a band from the cornfields of central Illinois. Made of brothers and best friends, the group writes and records their own brand of Midwest rock. Their debut album Metanoia was self-released in the summer of 2020. Currently they are writing and recording new material expected to be released Fall of 2022.”

This will be Free Range Youth’s nightshop Debut!

*** Weather depending, this will be an outdoor show. Plan accordingly!

There is no way to know what the COVID-19 situation will look like when this Show happens. Please consider Wearing a Mask, and please be mindful of the personal space of others. Lastly, please stay home if you are not feeling well. Thank you.